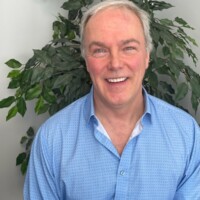 Tyler believes that the collaborative law process provides an opportunity for all parties to not only have a voice, but the chance to help formulate a resolution that accounts for the nuances of each individual family situation and the framework from which parties may move forward in a cooperative fashion.

Tyler has been practicing law for 20 years.  Tyler graduated from Osgoode Hall Law School in 2001, and was called to the bar in Ontario in 2002 and in Manitoba in 2005.  Before attending law school, he received an Honours Bachelor of Science from the University of Toronto while majoring in psychology and philosophy.

He has also received training and worked as a mediator/facilitator through St.  Stephen’s Conflict Resolution Service in Toronto and has lectured on Alternative Dispute Resolution Techniques at the University of Winnipeg.

Tyler has been a volunteer with the Community Legal Education Association(CLEA) since 2010 and has conducted dozens of lectures to community groups across all of Winnipeg on behalf of CLEA.